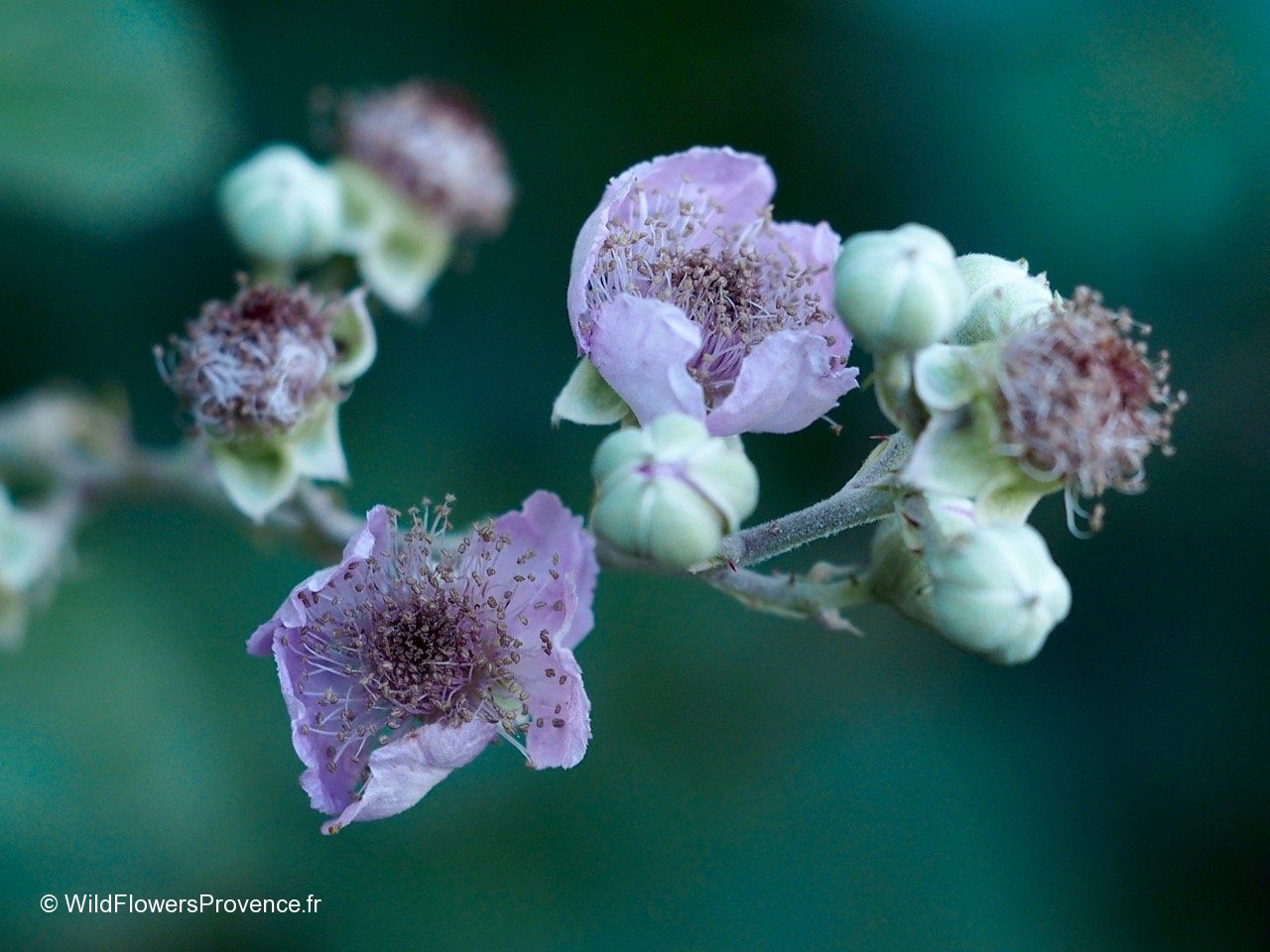 A variable scrambling bramble which forms large thickets, giving a necessary refuge to wildlife. Invasive, once established it sends out runners covering several metres of soil.
There are 50 species in France, 3 in the Mediterranean area. The roots were used as a source for black ink. Charcoal, made from the wood, was used to fill gun-powder cartridges.

Drupe: an aggregate of drupelets, outer fleshy parts surround a pit with a seed inside. Rubus caesius: bluish fruit, acidic in taste.

Blackberries are used for culinary purposes in jellies, pies, syrups, sorbets and by fermenting the berries, as in ‘vin de mure’.

Berries rich in Vitamins A and C, sugars, pectin, tannin and mineral salts. An infusion of the leaves treats diarrhoea, the infusion resembling thé vert.

Buds: an infusion of the buds is used as a gargle to treat a sore throat.