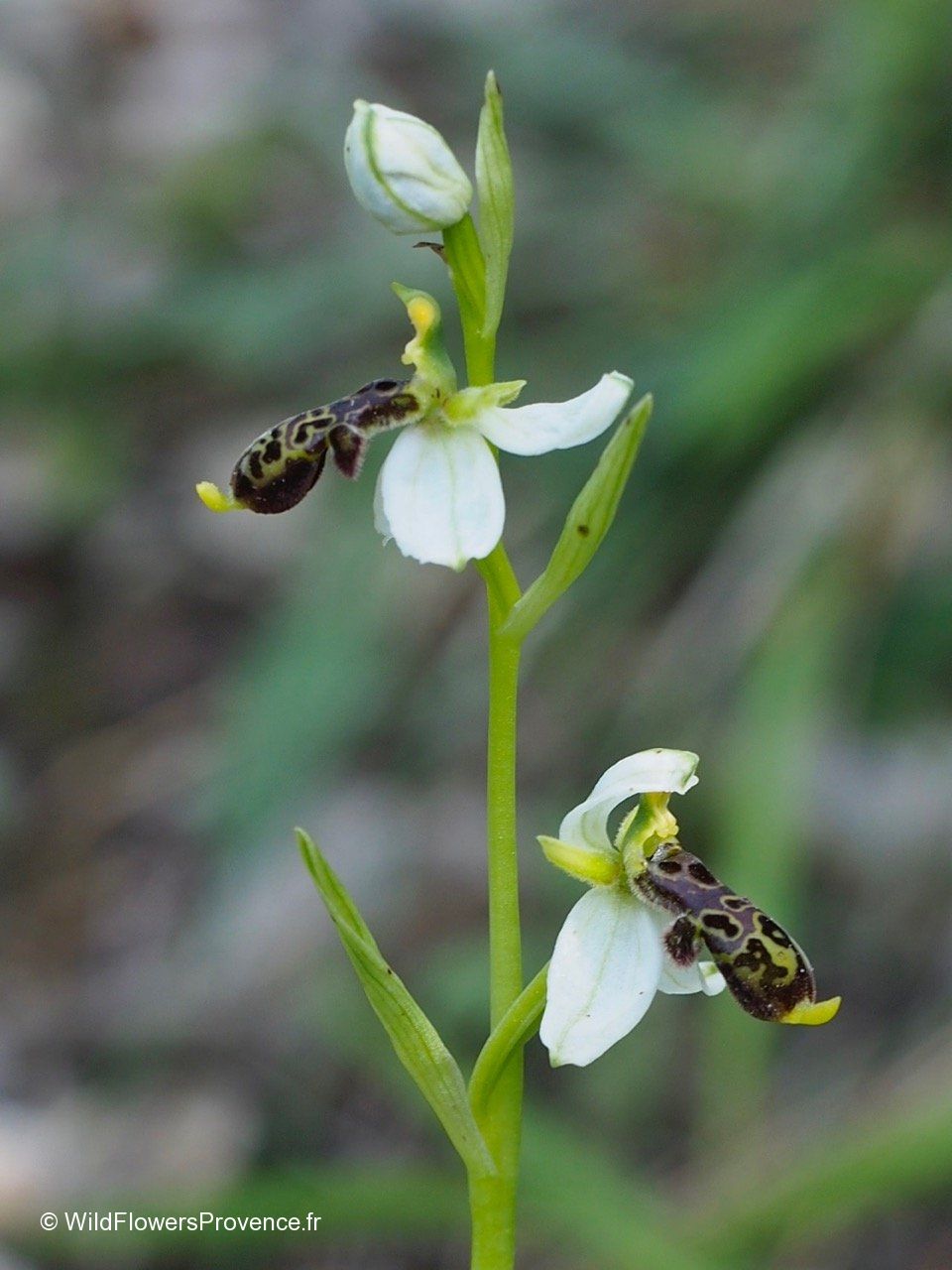 This orchid was first described in the 19th century by Charles Grenier (botanist) on information received from a botanist based in the Var, M. M.Y. Philippe. It was last seen in 1912 and was thought to have disappeared until Pierre-Michel Blais rediscovered it in May 2000. Verification had to be made by two Herbaria housed in the Musée de Toulon, to check back to the original findings.

A tuberous perennial with enlarged underground structures for storage of nutrients.

A distinctive bee orchid with a flattish, long dark lip with complex markings in cream covering almost the entire surface of the lip. The tip is green and turns upwards. The white sepals have a green mid vein, the greenish-yellow petals are small and narrow.

Lanceolate leaf is lance-shaped: long and widest in the middle. Long, wider in the middle, pointed, erect, encircling the stem.