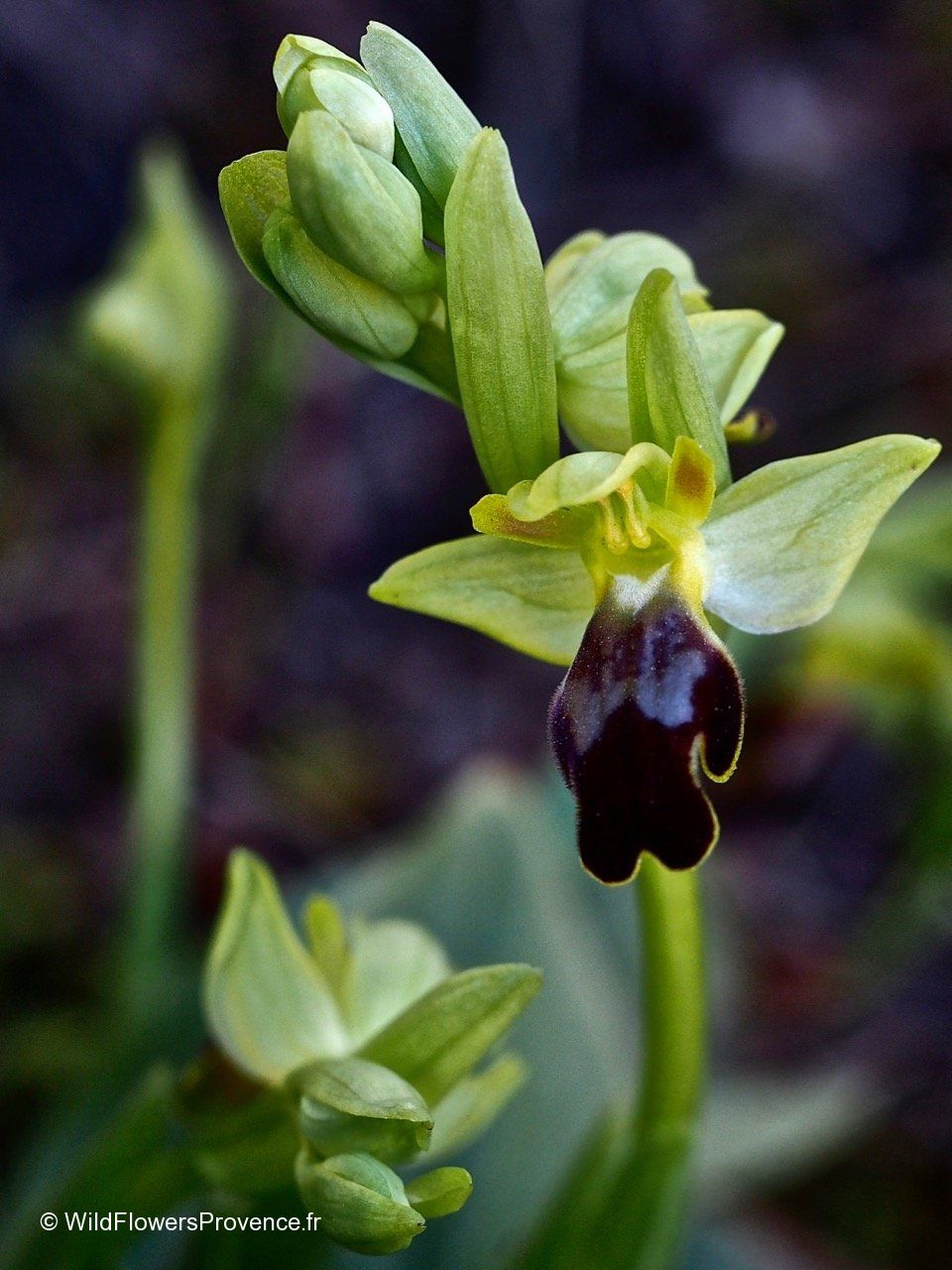 Named after the French botanist ‘de Forestier’. One of the most common bee orchids in the area, quite variable.

Initially, several varieties resembling Ophrys forestieri were named Ophrys fusca, but that is an Orchid that does not grow in France but in Portugal, where it was first discovered.

A tuberous perennial having enlarged underground structures for storage of nutrients.

Flower spikes have 3-10 flowers, each with three large yellowish-green sepals, the central sepal bending forward; the two green petals are small, linear in shape. The dark brown lip has two lobes with a greyish-blue speculum in the shape of a W. The lateral lobes are short and rounded.

Elliptic oval leaf, Lanceolate leaf is lance-shaped: long and widest in the middle. Basal leaves oval to long, narrow in the middle, pointed.