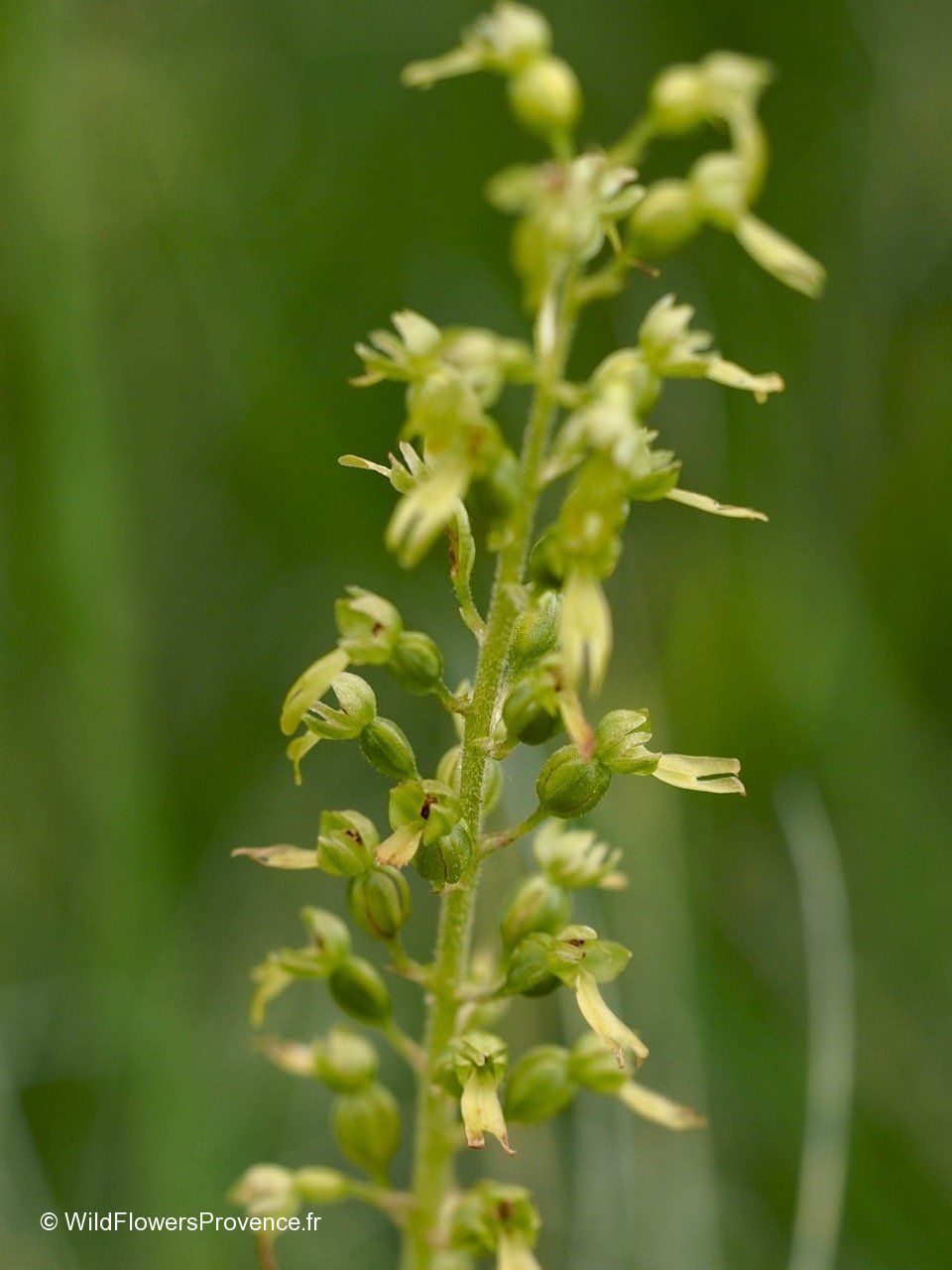 Many small green or greenish-yellow flowers on a long stalk. The sepals and petals form a hood, the lip is split into two lobes, no spur.