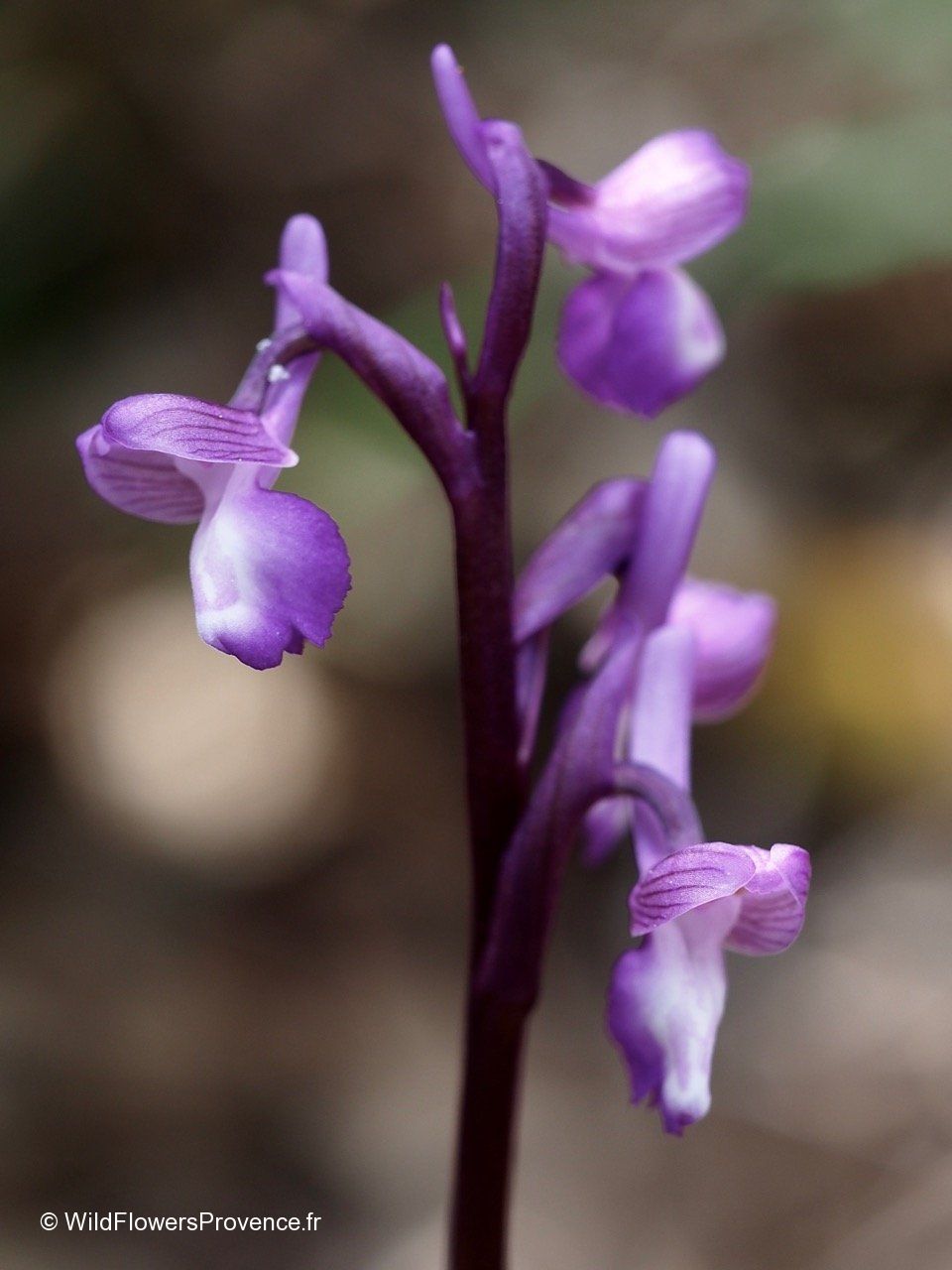 This smallish orchid is named after the French botanist Champagneux, 1774-1845. Formerly it was called Orchis champagneuxii, but with increased scientific knowledge and research during 2003, it was established that it belongs in the Anacamptis group.

In general, the flower-spike has no more than 6 flowers. The lobes of the lip are strongly folded back. The sepals and petals form together a helmet and have dark purple, sometimes green, stripes. The spur is long and curving upwards. The bract is dark purple.