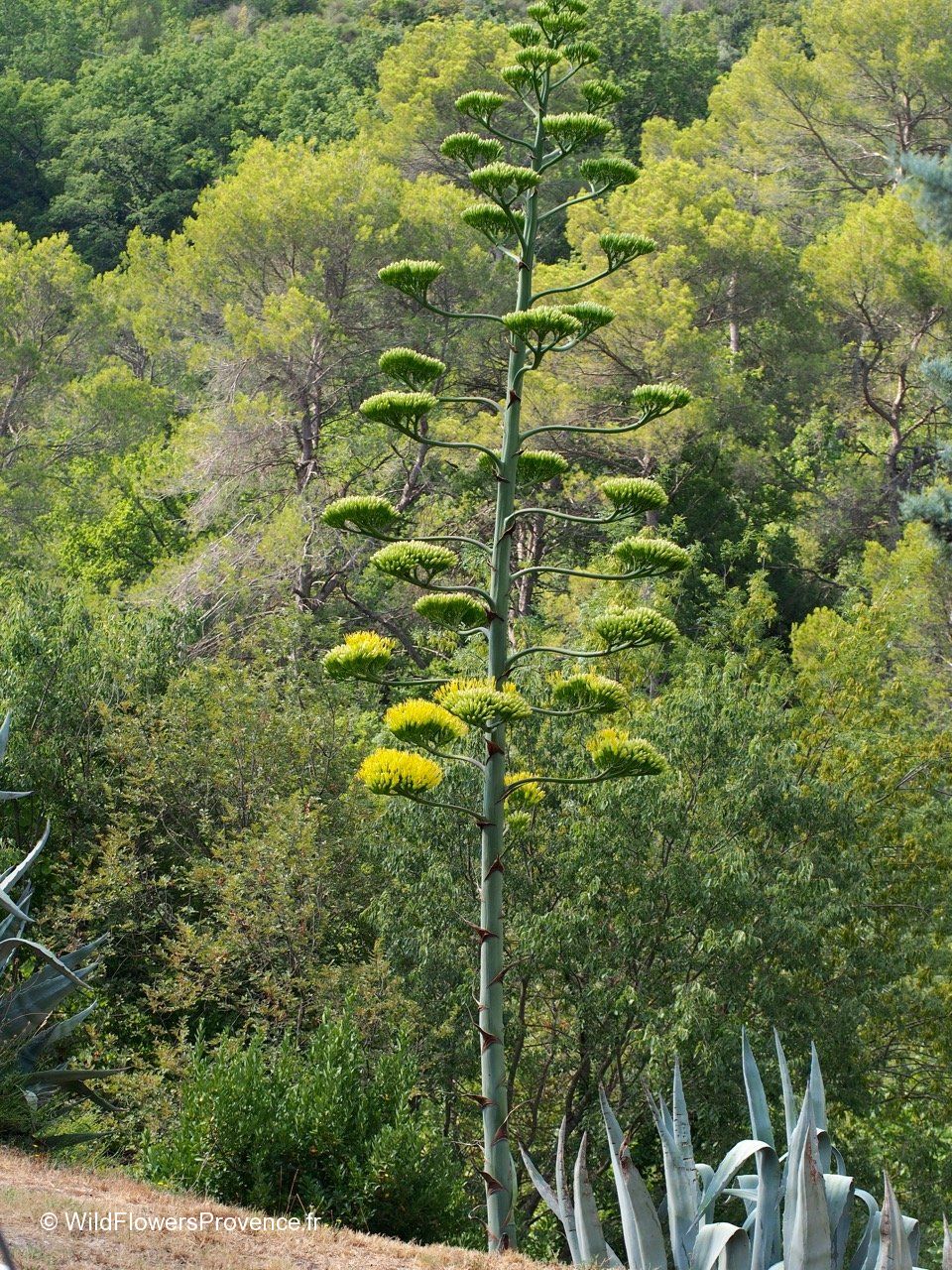 Originally from southern USA and Mexico. Agaves are a source of water: by cutting through the base of the Agave, hollowing out the middle and covering it, the hollow will fill with water within 2 hours.

There are about 200 species of Agave, all used by the indigenous populations. Traditionally, Agave tequilana is used to produce Tequila. The plant is harvested after 7 years, the leaves removed and the remaining cone is then quartered, roasted and shredded and placed in fermentation vats, with water added. The resulting liquid is called ‘pulque’, a drink which was favoured by the Aztecs before the Spanish introduced distillation. After fermentation the liquid is distilled twice to produce Tequila. Agave nectar is produced from the core after harvesting.

Agave angustifolia and several other species of Agave are used to produce Mezcal, with the same process of harvesting, but heating is done in underground pits to produce a smoky flavour. After a week the cones are removed, shredded, then fermented in wooden tanks and distilled twice.

The fibres of the leaves are used to make ropes, twine and mats.

Flower stalk 8-9 m tall. Flowering can take between 10 to 60 years and, once flowered, the plant dies.

The core is cooked as a vegetable. The sap, fermented, becomes an alcoholic drink, Tequila, Pulque, Mezcal.